Wabi and sabi are two distinct concepts that are often fused to encapture the beauty of things that are “imperfect, impermanent, and incomplete” (Leonard Koren). Wabi is the idea of understated beauty and shares a particularly strong association with Zen Buddhism. An elegant shape vase with a crack in it is valued for its wabi; the vase continues to stand despite its crack, prevailing against its ill disposition. In his essay “In Praise of Shadows” (1933), novelist Tanizaki Jun'ichirō (1886–1965) describes the beauty of the tokonoma (alcove) in the traditional Japanese teahouse: 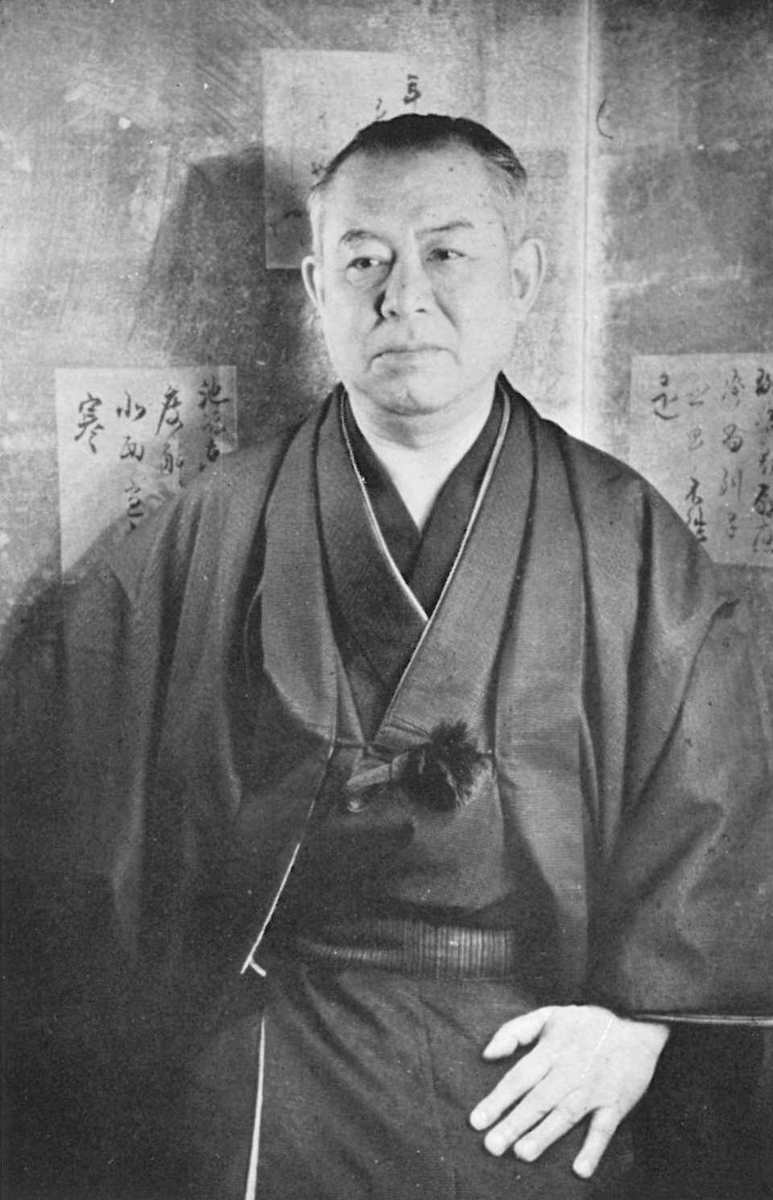 “An empty space is marked off with plain wood and plains walls so that the light drawn into it forms dim shadows within emptiness. There is nothing more. And yet, when we gaze into the darkness that gathers behind the crossbeam, around the flower vase, beneath the shelves, though we know perfectly well it is mere shadow, we are overcome with the feeling that in this small corner of the atmosphere there reigns complete and utter silence; that here in the darkness immutable tranquillity holds sway."

The introduction of sabi into the Japanese vernacular predates the introduction of Buddhism to Japan. Sabi often comes up in the Manyōshū (万葉集 “Collection of Ten Thousand Leaves”), the oldest existing collection of Japanese poetry, compiled during the Nara period and held in high regard as a distinctly unique Japanese work. Sabi connotes something that has aged well and is a homonym for “rust,” cementing its association with aged insight.

The aesthetic concept of sabi is also connected to the feeling of “sabishii” (solitary, lonely, sad). Revisiting Tanizaki’s “In Praise of Shadows,” the author clarifies this uniquely Japanese sensibility by explaining that the Japanese “do not dislike everything that shines, but we do prefer a pensive lustre to a shallow brilliance, a murky light that, whether in a stone or an artefact, bespeaks a sheen of antiquity...We love things that bear the marks of grime, soot, and weather, and we love the colours and the sheen that call to mind the past that made them” 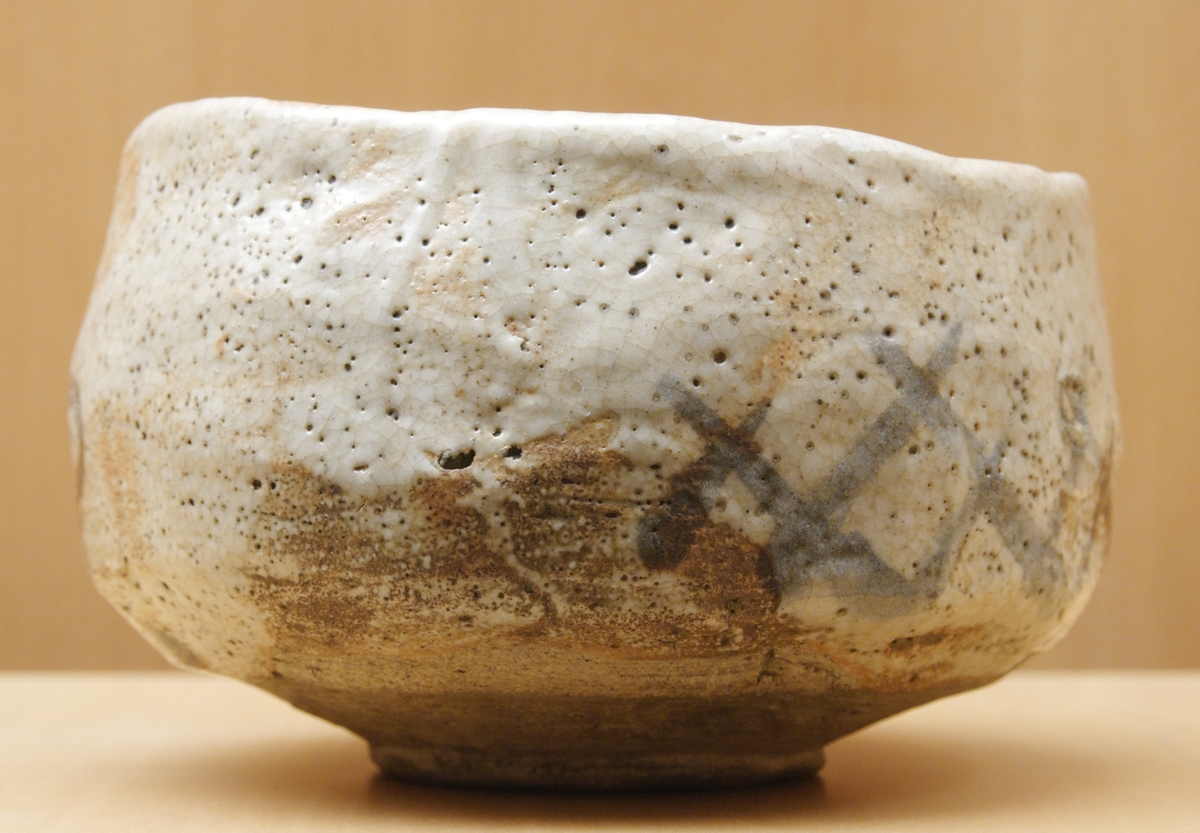 A Chawan (teacup) example of wabi-sabi

Yugen is rooted in Chinese philosophical texts where it carries the meaning of “dark” or “mysterious.” Sometimes Yugen is mistakenly defined as pursuing or representing another world. The principle is rooted in a preference for allusiveness and mystery over more explicit representations.

Shibui refers to simple and subtle beauty. The term originated in the Muromachi period (1336-1392), describing a sour taste, a definition it still carries in modern Japanese. Like wabi-sabi, shibui is applicable to a variety of objects and subjects. Shibui differs from wabi or sabi as shibui objects are not necessarily imperfect, whereas wabi or sabi objects can exaggerate intentional imperfections. Shibui tries to find the middle ground between seemingly opposing concepts such as elegance and rusticness.

Miyabi is one of the oldest Japanese aesthetic ideals and does not share as strong an association with Zen Buddhism as some of the others discussed. Compared to the other ideals, miyabi is rooted more in courtly manners than it is in nature. In Japanese, “miyabi” is often translated as “elegance” or “refinement.” In order to achieve miyabi, the individual must remove any absurdity or vulgarness to achieve a polished grace. Miyabi is strongly associated with the Heian period (794-1185) and the notion of Mono no aware, the bittersweet awareness of flux and vulnerability. 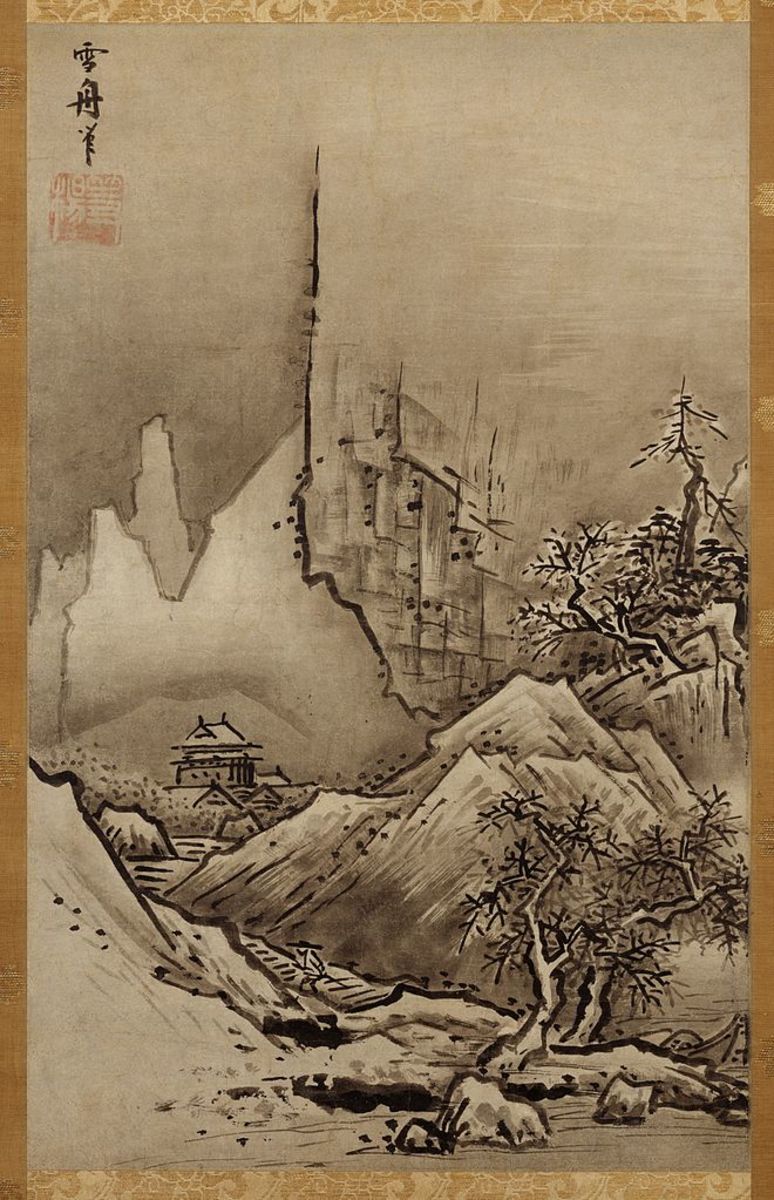 The ideal of iki originated in the Edo period (1603-1868) and is an expression of style that is spontaneous, original and unfussy. In contrast to sometimes stuffy miyabi, iki is not overly refined or self-aware, but ephemeral, straightforward and seductive. Iki is not found in nature but in the human realm of appreciating natural beauty or the nature of human beings; using iki to describe a person is a very high compliment. Notably, iki did not originate amongst the sheltered upper classes or in the ascetic environment of temples but among the mercantile class of Edo.